Nobody if you are in your 50's like me and who loves their kind of music.

I love their songs. I am a great fan of both artists especially Barbara Streisand who's one of the world's greatest singers. They popularized the song "Some good things never last" which happened to be the title of this blog. They were two of my favorite singers.


Today after almost an hour of exercise at home,  I decided to sing several songs in the karaoke that we bought in the Philippines after my husband Ton and I got married in August 17, 2007.

We both love music and we love to sing. He’s a rocker while I am more of a sentimental singer. He plays guitar too. This is I guess one of those things we have in common that make us click.

I think I got my talent in singing from my mother, although my father loves to sing, unfortunately he can’t carry a tune. Whenever he sings, the people present will always teased him to be out of tune but he never really mind, he's happy he can express himself and that's what matters.

I have 3 sisters and 2 brothers and we can all sing, runs in the family so they say. If my memory serves me right, it was when I was in high school that I noticed I can sing. I remembered one of the songs that I always sing was Inseparable by R&B singer Natalie Cole. I love that song.

At some point in my life, it became sort of a profession for me for the simple reason that I was being paid to sing. That was when singing in the karaoke was the hype. I was able to go to Japan because of my talent in singing.

Although I wasn’t very successful professionally in this category, during those years that I was singing, I knew I made an impact in the hearts of the people who in one way or another have heard me singing my heart out.

Anyway…if I continue telling the stories related to this hobby of mine, this blog should have been titled – My love of Singing or Singing my heart out. :)

Why the title “ Some good things never (really) last” ? Because when I sang it today, I was carried away and tears just ran down my face even before the song was finished.

I can’t help but remember my mother. She’s one of the best things that ever happened to me, in our family’s life and she died untimely.

What’s happening in our life, past and present, whether good or bad were and are the results of the choices we made.  Most of the stories relating to the above title were stories of love, one of the greatest emotions we have, in fact for me, it’s the best of all human emotions.

All of us regardless of who we are, have somehow felt this strong emotion to someone and we were loved back as well. Most of the relationships especially nowadays doesn’t really last forever or (is it better to say) that long?

Is there such a thing as “forever” ? I still believe it still exist...but to be honest,  saying that has a hint of doubt in it.

One of my closest friends had a tragic memory of her first love. She and the father of her daughter met abroad. It was in the church (good omen?) that they met.

He asked her name, he was very handsome she told me, in fact a lot of girls were after him and she was very proud saying this whenever we hang out “ Sorry girls,(with matching chinned up and posing with both hands in her waist)  he chose me with a laugh”  but I can tell she was just very happy.

When they met, right then and there she knew immediately deep inside her heart that they will be together “for the rest of their lives”.

She came on his life at the right time, he was then in the midst of love crisis because the mother of his 2 kids who was left in his homeland betrayed him and spent all the money he was sending to them.

That was really a heartbreaking situation.  She told me there was even an instance when he thought of committing suicide. She witnessed how he was so badly affected by what happened.

He was so devastated but was very thankful too that he met my beautiful friend at the time when he was so vulnerable and needed someone to somehow ease the pain and loneliness he was experiencing.

And they fell in love, very deeply for each other.  I have witnessed how happy they were, everyone around them can actually see that love shining in their eyes. He was very protective of her, both of them were so caring for each other.

They compliment each other. They did lots of good things together, had great memories captured which were reminders of a once beautiful love story.

She never doubted and I had no doubt too based on what I saw and what my friend was telling me that their relationship for sure will stand the test of time. But it wasn’t the case…..

Popular posts from this blog 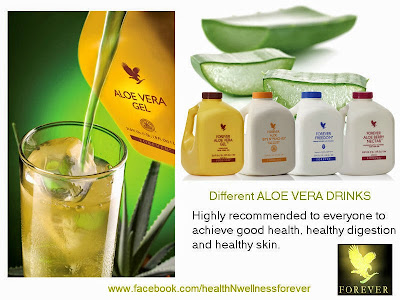 by Dr Peter Atherton MB ChB, DObst RCOG, FRCGB & Forever Living Products Advisory Board Member
Imagine slicing open an Aloe leaf and consuming the Gel directly from the plant. Forever’s Aloe Vera Gel, is as close to the real thing as you can get. The first of its kind to receive certification by the International Aloe Science Council, this rich blend of pulp and liquid gives us a product as near to nature as possible.
1.EFFECT on the GUT
Aloe Vera has a wonderfully beneficial action on bowel function which results in smooth and efficient transit of contents resulting in a softer, bulkier stool, making it easier to pass.
2. ASSISTS in HEALTHY DIGESTION
A healthy digestive tract ensures that nutrients from the food we eat are absorbed into the bloodstream. There is clear, clinical evidence that by drinking Aloe Vera Gel the bowel is able to absorb these nutrients more efficiently, especially protein. I also suspect that many other substances are much better absorbed under its infl…
Read more

The case of a chronic lower back pain 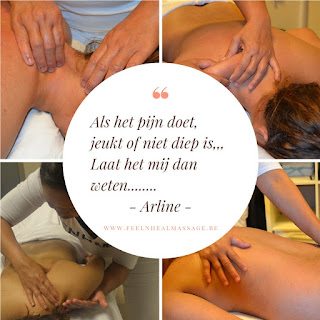 Yesterday one of my clients is Marc. He went to me last week for a neck and back pain treatment but more specifically the lower back pain which radiates to his hips and down his right leg.

Accordingly, it has been bothering him for years already. As a nurse and a massage practitioner my job is to provide not only relaxation but also help loosen tight muscles which mostly are the causes of pain in the different areas of the body.

In this regard, I am talking about the cases that I have handled so far. But of course there are other reasons why a person is having pain like posture imbalances, sedentary life, chronic pain which may be caused by some diseases and will require the expertise of a doctor or a specialist and other medical professionals.

Massage therapists/practitioners (except for MT's who have specialization and can do diagnosis)  are not allowed to make diagnosis, one of our jobs is to provide relaxation and in other cases stress and pain reduction. We advise the client …
Read more

Getting To Know THE IGLESIA NI CRISTO (Church of Christ) 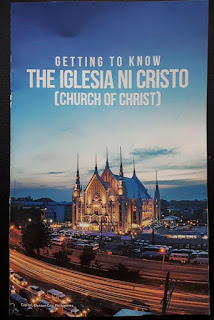 The Iglesia ni Cristo (Church of Christ) is a Christian religion whose primary purpose is to serve and worship the Almighty God based on His teachings recorded in the Bible. It is not a denomination or sect. It is neither affiliated to any federation or religious bodies nor itself an assembly of smaller churches or religious organizations.

This Church is for everyone who heeds the call of God and embraces its faith - regardless of one's race, nationality, cultural background, social standing, economic status and educational attainment.

The Iglesia Ni Cristo was preached by Brother Felix Y. Manalo, God's Messenger in these last days, and was registered in the Philippines on July 27, 1…
Read more